This paper presents the linguistic selection by students in creative writing class. It aims at describing the linguistic choice done by the students, particularly in selecting the adjectives for characterizing the characters in the short stories. The students have learned how to write the stories in creative writing class. Linguistic selection in writing short stories as literary work is motivated, not random (Verdonk, 2002). Therefore, the students are more aware in choosing their linguistic expressions. Traditionally, adjectives are words functioning as noun modifier . Practically, however, this paper employs the attitude analysis proposed by Martin and White (2005). By employing the attitude analysis, the adjectives will be perused as affect, judgement, or appreciation. Affects show the feelings, Judgements evaluate the behaviors, and Appreciations evaluate things or natural phenomenon. This paper examines two short stories written by creative writing students. The selected short stories employ female children as the main characters. The paper focuses only to the female child characters and the characterization of the characters. The analysis consists of several steps. First, the characters in each story are collected. Second, the adjectives which are used to describe and characterize the characters are collected. Third, the adjectives are classified into affect,judgement, or appreciation. Fourth, the categories are described to draw conclusion. Hypothetically, the protagonists will be characterized dominantly by positive attitudes, while the antagonists are characterized by negative attitudes. This paper does not intend to draw any generalisation towards students’ performance in writing short stories. 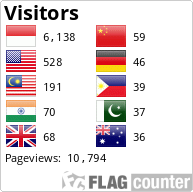